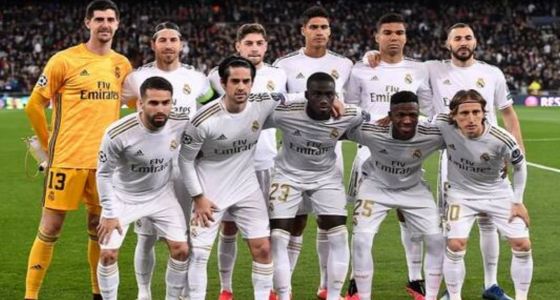 The "Chirengito" program revealed that Real Madrid players rebuked their colleague Isco for failing in the last game, which the team lost to Valencia 1-4, in the ninth round of the Spanish League.

The famous Spanish program said today, Tuesday, that Isco is the most negligent player in Real, and is being reprimanded by the royal players for not running much in matches.

Isco was a key player in the Valencia match, and stayed on the field for 83 minutes, before French coach Zinedine Zidane replaced him with Serbian striker Luka Jovic.

Isco’s rating was the worst among the 15 Real Madrid players who participated in the Valencia meeting, where he lost the ball ten times, regained one ball, and only excelled by 16.7% in bilateral confrontations, according to Spanish newspaper AS figures.

Real dropped to fourth place in the Spanish League table with 16 points, and the "Merengue" suffers from both problems in the European Champions League, which until recently was considered its favorite tournament.

Real must achieve positive results in the remaining three matches in the group stage of the Champions League to reach the final price, noting that it suffered one loss, tied once, and won once, in the first three matches.