Dybala raises controversy on the Juventus bench due to Cristiano Ronaldo 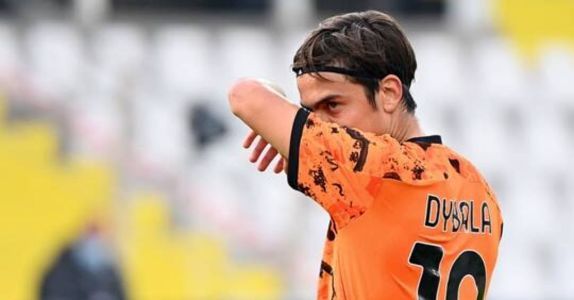 Argentine Paulo Dybala, the Italian Juventus star, sparked controversy on his team's bench, in the first half of Lazio's match, Sunday, in the seventh round of the Italian soccer league "Calcio".

Andrea Pirlo, coach of the "Old Lady" team, asked Dybala to perform warm-up operations in the 32nd minute of the match, after Ronaldo fell to the ground with an intervention with Luiz Felipe, Lazio's player, and the Portuguese was screaming in pain.

However, the Portuguese star quickly returned to the stadium, showing his readiness to complete the match with a signal to the technical staff.

According to the Italian network "DAZN", Dybala returned to the bench, telling his teammates "Esta bien el bicho" with angry features over not entering the stadium and the literal translation of the phrase "the beast is fine".

Dybala has not played a key role in any match in which Cristiano Ronaldo has been since the start of the season, and Pirlo relies on Morata alongside the Portuguese striker in the attack.

Lazio imposed a 1-1 draw at its guest Juventus, which is the fourth draw for the last of the season, against three victories, to raise its score to 13 points in third place on the table of the "Calcio" teams.