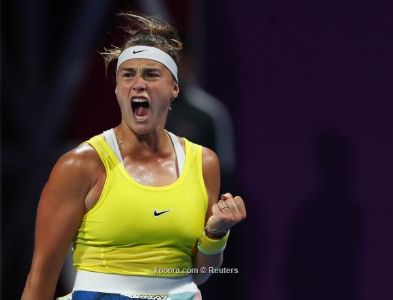 After beating Tunisia's Ansis Jabeur in the US Open final, Shviantik is the first Polish to win the title in New York.

Tunisia's Ansis Jabeur lost to world number one Iga Shviantik of Poland, and Shviantik settled the match at 6-2 and 7-6, after exciting points at the end of the second set.

This is Shviantik's third Grand Slam title and second this year, after winning the French Open title in 2020 and 2022.

She lost for the second time in a Grand Slam final, after defeating Kazakhstan's Elena Rybakina at Wimbledon last July.

This is Shviantik's third win over Tunisia for two for Jaber, who failed to avenge her loss against Poland in this year's Rome round final.

The last time a player won two major titles in one year dates back to 2016, when Anglik Kerber of Germany was crowned Australian Open and Flushing Meadows.

Jabeur will rise from fifth to second in Monday's world rankings.