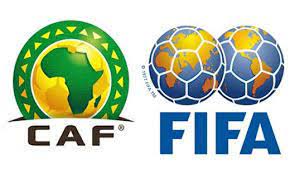 This decision allows the continental teams to qualify for the World Cup in Qatar at the end of this year (Cameroon, Ghana, Morocco, Senegal and Tunisia) to hold preparatory matches for the World Wedding as previously demanded.

The fifth and sixth round matches scheduled for March were postponed to 12 to 20 June for the fifth round and to 4 to 12 September for the last sixth round.

The first and second rounds were held last June.

In early June, Senegal coach Alio Cissé considered that "the best thing (to help) the five (African) teams that qualified for the World Cup is to stop the qualifiers in (September) and give the qualifying countries the opportunity to prepare for them."

"After the six-month postponement of the Africa Nations Cup, the World Cup qualifiers pressured them to adjust the qualifying table," said FIFA match agent Gayle Mahih, adding, "This allows them to improve their preparation with friendly matches against rivals from other continents."

We have 32 guests and no members online