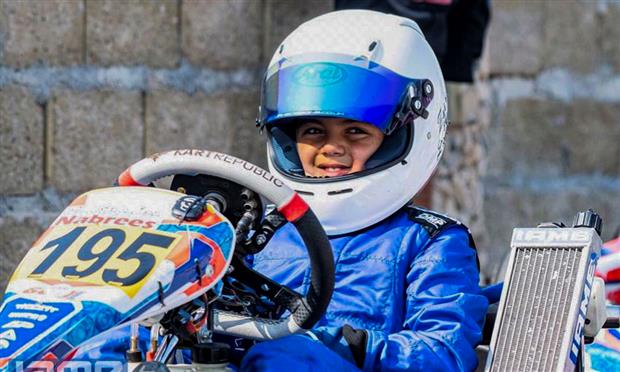 By finishing seventh at the Rotex Max Championship in Europe for karting, Egyptian child Zine Hamsani has achieved a historic achievement for his country in motorsport to complete the course of success he started a few years ago.

Zayn is 11 years old but was soon able to be in the racing world for the third time last March with the UAE Karting Racing Championship to qualify for the World Championships in November this year, as well as his historic participation in the Rotex Max in Europe.

The European Championship took place over the months from April to July, launching in the Belgian city of Genk and then the French town of Argenton before concluding its events in Marburg, Germany, while Zine, according to his recent Sky News Arabian, is keen to take two copies of his karting car to participate in one of them and use the other in an emergency.

In view of Zain's superiority in the tournaments to which he is a member, he received many praises from Ambassador Nabila Makram, Minister of State for Migration and Egyptian Affairs Abroad, who earlier expressed her pride in his important successes and tournaments, and was keen to make a telephone call to his family to congratulate them on his achievements and tighten them.