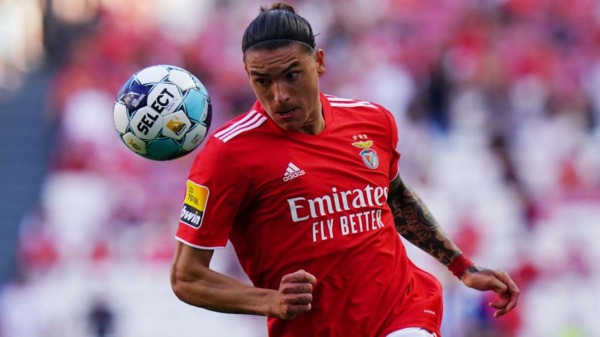 After the Liverpool club signed with Uruguayan Darwin Nunez, for nearly 100 million euros, this summer, coming from Benfica Portuguese, the most expensive player in the club's history, anxiety began leaking to the club's fans and a wave of ridicule fell on the new Liverpool striker, after watching Nunez during the pre-season team games

This is due to footage that showed the new player, in which Nunez missed a chance in front of goal during a friendly against Manchester United, before presenting a "disastrous" match against Crystal Palace, within Liverpool's tour of Asia.

Videos of a summary of Nunez's touches in front of Crystal Palace, showing the player wasting easy opportunities, failing to make simple passes, have gone viral, sparking a wave of ridicule on social media.

Social media activists ridiculed Nunez, expecting him to be "the most failed deal of the season", following his performance in the valleys.

The Liverpool fans leaked their anxiety, expressing their dismay at Nunez's debut in a Liverpool shirt, and seemed concerned about next season, especially after the departure of Senegalese star Sadio Mane.

Nunez will bear a significant burden next season. He is the club's most expensive player in history and will be the first striker in the team. He must score many goals to help Liverpool overcome Mane's departure and continue to compete for the biggest tournaments.