Anas Jaber. The first Arab among men and women to reach the Wimbledon final 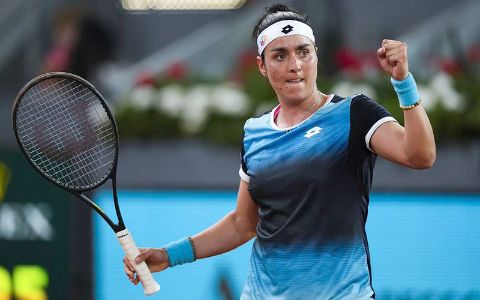 By reaching the final of the Wimbledon Tennis Championships, the radiant Tunisian star Anas Jabeur continues to write history in the records of world and Arab sport, and Anas

Jaber entered history as the first Arab, among men and women, to reach the final of the Wimbledon Championships, and is the second African in history, after the South African Sandra Reynolds in 1960.

Anas Jabeur succeeded in reaching the final, after defeating Germany's Tatyana Maria, in the semi-final, by 6-2 (3-6) (6-1).

Jaber starred in front of nearly 10 thousand spectators at the Puimbledon Centre Stadium and provided impressive footage, in front of the "tournament surprise" of Tatyana Maria, who fought back very much, especially in the second set.

Jabeur will face off in the final on Saturday night, the winner of Kazakh signatory Alina Rybakina and Romanian Simona Halep.