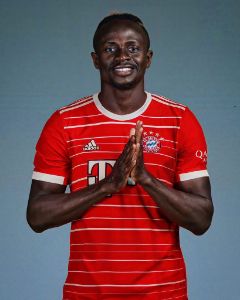 Tweets on Twitter expressed their delight at Mane's joining the German club, while others said that his joining Bayern represented a huge loss for Liverpool.

According to German press reports, Mane arrived in Munich for a routine medical before signing his transfer contract from his English team to the Bavarian giants, the Bundesliga champions of the last 10 seasons.

Kicker and Bild noted that "after the Sadio Mane plane landed at the city's airport, it went to a hospital in Munich for a medical examination under the supervision of the team doctor".

The 30-year-old Senegalese transfer from Liverpool to Bayern Munich is expected to cost approximately € 41 million in a 3-year contract, to be officially presented at a press conference on Wednesday.

Mane may be a replacement for Polish top scorer Robert Lewandowski, who has repeatedly reiterated his desire to leave Bayern and has been linked with a possible move to Barcelona.