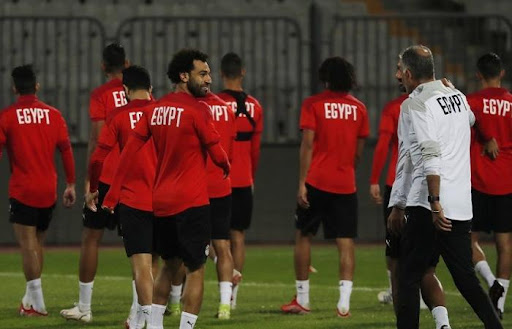 In the penultimate round of the second round qualifiers, Egypt qualified for the decisive third round of the African qualification for the "Qatar 2022" Mondial, after a 2-2 tie with Angola, yesterday Friday.

Egypt succeeded in securing a Group V lead, as it was raised to 11 points ahead of Gabon, its closest rival before the last round, which saw a "win-win" showdown.

In the second stage of the African qualification for the "Qatar 2022" Mondial, 40 voters currently compete, divided into 10 groups, and the runner-up of each group qualifies for the third and final stage, where each runner-up plays with another runner-up determined by the draw in the face of a round-up to determine the five African seats in the next World Cup.

According to the laws of the African Football Federation (AFL), the 10 qualifiers will be divided during the draw at the end of this year into two levels, the first with the top five in FIFA's classification and the second with the lowest five.

This will put the Egyptian election in serious trouble, as the "pharaohs" will fall into the second tier, forcing them to face one of the top five in Africa - Algeria, Morocco, Nigeria, Senegal and Tunisia.

Another rule to be adopted by the QAF during the drawing of the draw for the decisive role may also complicate Egypt's task of reaching the Qatari Mondial, which provides that the level-I runners-up will benefit from a knockout match on its territory.

Egypt has a single solution to resolve this impasse, but not by its own hands, namely, that one of the top-ranked women has not qualified for the crucial role.

It should be noted that the elections of Senegal and Morocco currently implied that they would qualify for that stage, with Tunisia and Algeria approaching, while Nigeria faced the risk of exclusion.

Two rounds before the end of the second-place competition, Nigeria takes the lead of the third group with 9 points, just two points behind Cape Verde, which will host it in the last round in a matchday match.

We have 444 guests and no members online