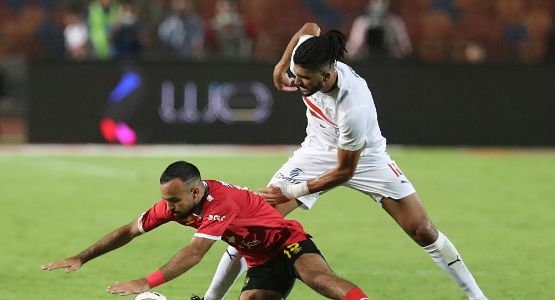 With the publication of a set of his most beautiful goals, CAF celebrated Egyptian national club player Mohamed Majdi's "Afsha."

In an AFL tweet, the CAF said, "The unstoppable civil playmaker."

In addition to the tweet, Al Kaf posted a video of Afsha's goals in his matches with Al Ahli.

It is reported that last April, a report by the Turkish newspaper "Sabah" reported that Turkish club officials were interested in contracting Afsha, which attracted the attention of "team scouts" during their surveillance of Mustafa Mohammad, who is currently playing with Sarai's fault, on loan from the Egyptian collegiate.

According to the Turkish newspaper, Sarai's fault officials will make an official offer to the Egyptian Al-Ahli administration to include Afsha by the end of the current season, following the success so far of Mustafa Mohamed with the Turkish team, as reported by the Spanish "S."

We have 198 guests and no members online