Messi waiting for a new record in tonight's match 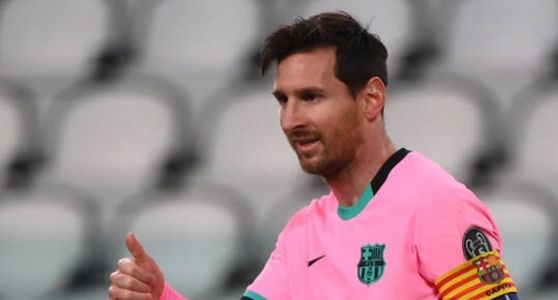 Argentine star Lionel Messi is waiting for a new record in Barcelona's match against Huesca today, Sunday, at the "Alcoraz" stadium in the 17th round of the Spanish Football League.

With today's match, Lionel Messi will reach his 750th official match with Barcelona's jersey in all competitions, with only 16 matches difference from his former colleague Xavi Hernandez.

His match will also be the 500th in the Spanish League with Barcelona, ​​so he will become the third most participating player in the League, after Xavi (505 matches) and goalkeeper Andoni Zubizarreta (622 games).

The Argentine returned to the list of the Catalan team that will contest the Huesca match, after missing the previous Eibar match, which ended in a 1-1 positive draw.

Messi scored 644 goals throughout his participation in the Barça shirt, making him the most goal-scoring player in a club in football history, surpassing the Brazilian legend Pele, who signed 643 goals.

Messi seeks to win the match today, being his first participation in the Huesca Stadium.

Barcelona is sixth in the Spanish League table with 25 points, 11 points behind leaders Real Madrid, with two games less.