Including a goal by hand in the manner of Maradona .. How did Messi break Pele's historical record? 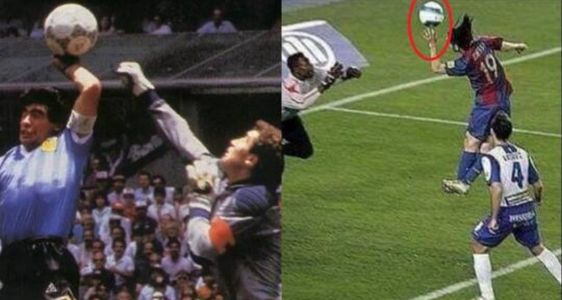 Barcelona captain Lionel Messi broke the historical record registered in the name of Pele, the Brazilian soccer legend, after he scored a goal against Valladolid (3-0), on Tuesday.

Messi scored Barcelona's third goal in the 65th minute, to set the record for the number of goals in one club (644 goals) that he shared with Pele.

Leo scored his first goal as a first-team shirt for Barcelona on May 1, 2005, when Barca beat Albacete 2-0 in the 34th round of the Spanish League.

And the way Messi scored his 644 goals varied, although most of them came with the favorite left foot of "The Flea".

His famous goal with the hand returns for the year 2007, during the Catalan derby between Barcelona and Espanyol, where Messi scored a goal after receiving a cross from Italian Gianluca Zambrotta, to rise high inside the Spanish penalty area, and touch the ball with his hand before it went to the famous Cameroonian goalkeeper Carlos Camini.

The referee calculated the goal despite the protests of the Espanyol players to cancel it due to Messi touching the ball with his hand before entering the net.

Many likened Messi's goal against Espanyol to the famous "Hand of God" goal, which was scored by the late Diego Maradona with his hand against England in the 1986 World Cup, and was approved by the referee of that match, Tunisian Ali Bin Nasser.