After the Israeli Pegasus scandal... Amnesty International demands a halt to the sale of espionage techniques and reports of an Israeli investigation 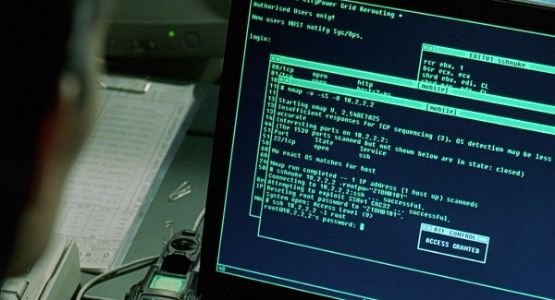 Following the scandal, Amnesty International called for a temporary halt to the sale and use of espionage techniques after the Israeli Pegasus scandal.

According to a report by the Israeli website i24 News, the international organization is of the view that the use by some governments around the world of an Israeli program to spy on heads of State, activists and journalists has exposed a global human rights crisis, warning of the devastating effects of the human rights spy industry around the world.

The site also reported that the Pegasus programme of the Israeli group NSO was in a state of major scandal, especially after the leaking of a long list of some 50 thousand potential surveillance targets for rights organizations.

In a related context, the director of NSO Israel, the owner of the Pegasus spy program, Shalev Julio, said that Qatar or the international boycott movement BDS was behind the latest campaign against Israel.

It should be noted that the Hebrew newspaper Yisrael Hayom engaged in a dialogue with Julio, yesterday Friday, by which he explained that Qatar or BDS, or both, were behind what he claimed was a defamation of the Israeli private group NSO or the owner of the Pegasus spy program, claiming that anyone did not want to bring ice cream or that his country exported technology.

Julio explained that his company would be happy to investigate the case for allegedly trying to clear its name before the world, and that if there was any misuse of its spy group system, he would be dismissed immediately.

Two Israeli sources said earlier last Wednesday that their Government had formed an investigation team to examine the fact that an Israeli spy programme had been used to track down leaders of States and opponents around the world.

According to an Israeli source, the talk is about an investigation team involving a number of senior officials in Israel, led by the National Security Council of the Israeli Prime Minister's Office.

The source explained that the National Security Council has much broader expertise than the Israeli Ministry of Defense, which oversees the export of NSO's Pegasus program. The other source, however, confirmed the existence of an Israeli investigation into the case, but denied the involvement of the National Security Council and said that the assessment was conducted by senior officials from the Ministry of Defence and Intelligence as well as diplomats.

It should be noted that both sources refused to disclose their identity because of the sensitivity of the case, and the former expected that a storm of disclosure of the widespread use in the world of Israel's espionage programme for illegal espionage would have potential diplomatic repercussions.

For his part, a spokesman for Israeli company NSO Group commented: "We welcome any decision by the Government of Israel, and we are confident that the company's activities are impeccable."

Earlier last week, media reports alleged misuse of the Israeli Pegasus programme in, inter alia, France, India and Mexico, as well as in Morocco and Iraq.

According to a survey conducted by 17 media outlets from the United States, the United Kingdom, France, Germany and other countries, published by The Washington Post, the NSO Group's Pegasus program was used to hack smartphones belonging to human rights activists, lawyers, journalists and business managers.

According to the investigation, harmful military-grade programmes from the Israeli-based NSO Group are being used to spy on journalists and activists around the world, as well as heads of State, diplomats and members of royal families in Arab States. The list included 189 journalists, over 600 politicians and government officials, at least 65 businessmen, 85 human rights activists and many heads of State.

If a smartphone is hacked, this program allows access to messages, photos, contacts and even listening to the owner's connections.

For his part, Israeli Defense Minister Benny Gants, commenting on the NSO's Israeli spy program scandal, said that "Israel is a Western democracy with high technological capabilities... Israel allows the export of security means to democracies, for legal use and for the purpose of investigating crimes and terrorism. "