In a record not recorded since the 1960s. Earth marks its shortest day ever 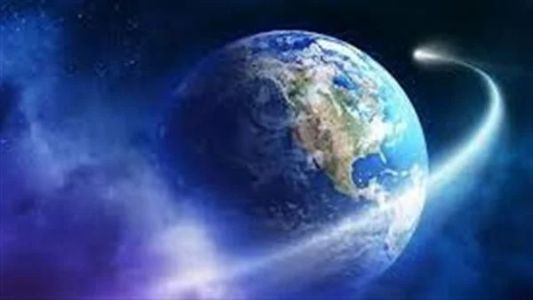 It is generally known that Earth completes one full cycle on its axis every 24 hours, and in a record not recorded since the 1960s, when scientists began measuring the planet's rotation with high-resolution atomic clocks. Last June 29, Earth recorded its shortest ever day.

According to the British newspaper The Guardian, the Earth completed a full course on 29 June last in 1.59 milliseconds, a figure not previously recorded.

This month, the globe also nearly broke the new record, completing on July 26 a course on itself in 1.50 milliseconds.

The past few years have seen a number of unprecedented figures. In 2020, the shortest month ever measured since the 1960s was recorded.

That year it also set the previous record for the shortest day, which stood at 1.47 milliseconds on July 19.

Scientists say that in observing these figures over the long term, the Earth's rotation appears to be slowing, noting that in every century, the Earth takes a few parts of a thousand seconds more to complete one cycle.

In this regard, the US space agency NASA stated: "Strong winds can slow the planet's rotation, prolonging the day", while experts are likely to be due to operations in the inner or outer layers of the planet, oceans, tides or even climate changes.

We have 284 guests and no members online