Get to know the truth about the first appearance of Chinese industrial sun in the sky. 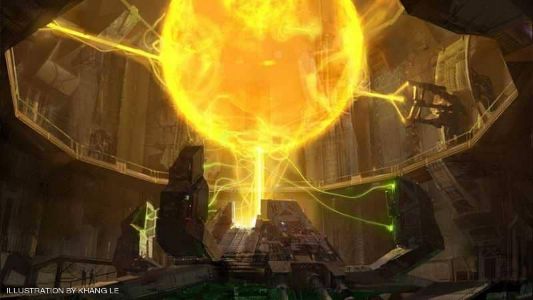 Social media users have shared a video of what they say is an artificial sun developed by China that can light the sky at night, just like the real sun.

The video, accompanied by comments along the lines of "China Makes a Sun Light Night," shows people counting in English before the sky actually lights up in front of them. But it has nothing to do with the allegation in question.

Looking through search engines, the video, published on April 26, depicts the first moments of the launch of a space browser belonging to billionaire Elon Musk's SpaceX company.

He explained that what China is working on is a fusion reactor that is capable of producing massive energy, up to 100 million degrees Celsius, equivalent to 6 times the energy of the Sun, which is also formed by a fusion reaction, so that the reactor has potential similar to the natural Sun.

However, Alsheikhli pointed out that man could only harness this technique in the production of energy for a few seconds, noting at the same time that such reactors do not pose a danger despite their enormous capabilities.