An unprecedented project .. Conversion of solar energy into electricity from space to Earth 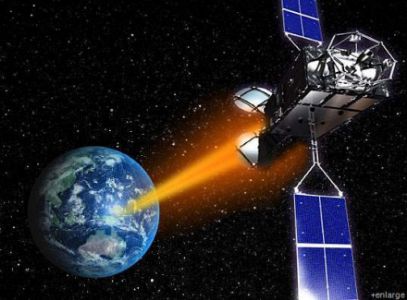 In light of humanity's trend towards renewable and non-polluting energy sources, in order to reduce the consequences of climate change, Scientific Reports have stated that a

number of energy experts have proposed an ambitious project in order to take advantage of solar energy in space, by collecting it and sending it to the planet Earth, so that humans can use it.

During a recent conference in Paris, the European Space Agency revealed plans to establish a solar facility in space orbit.

The project, which is viewed optimistically, bets on collecting the energy emitted by the sun on a large scale in space, and then sending it in the form of microwaves, which are waves similar to radio frequencies that we find in a food heating oven "microwave".

Scientists believe that it is possible to set up radars on Earth in order to capture waves transmitted from space, and then, they are converted to produce electricity.

Experts say that this project has great potential for success, because microwaves will be able to penetrate into the clouds of the Earth's atmosphere, and space light.

This project is not just a theoretical idea, there is a limited application for it, through the experience of the company "Airbus", and there may be promising results in the future.

It is worth noting that last September, the company "Airbus" sent microwaves between two points separated by a distance of 36 meters, in order to produce hydrogen.

We have 118 guests and no members online