What would the first human - alien connection look like? A study that tries to answer the confusing question. 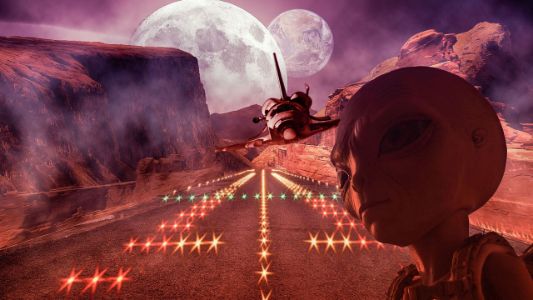 What would the first contact between humans and aliens look like? That's a question that humans have been working for centuries. A new study funded by NASA tried to answer.

According to the study on the search for "intelligent life" outside the Earth, it is likely that humans will have first contact with aliens, contact with a civilization that is more technologically advanced than our Earth.

According to the research paper published in the scientific journal Acta Astronautica, the easiest way to detect civilizations outside the Earth is to search for "technical fingerprints" or so-called technical signature, as evidence of the use of technology or industrial activity in other parts of the universe.

Last June, NASA announced $287,000 over two years, stretchable, to fund research on the search for intelligent forms of life in space.

NASA's announcement came after a paper published in the journal Astrophysics revealed that there may be dozens of civilizations in the Milky Way galaxy waiting to be found.

"The idea of searching for technical prints depends on the technology we have on the ground today and the potential extensions of our technology in the future," said Jacob Haq Misra, co-author of the research paper published in the scientific journal Acta Astronautica.

He added: "That doesn't necessarily mean that any extra-terrestrial technology has to be like our technology, but imagine the sensible stretches of our future, which is one place to start thinking about astronomical searches that we can actually do to look for potential technical prints."

The interest in "technical signature science" is due to the fact that data already collected can be used for astronomical purposes.