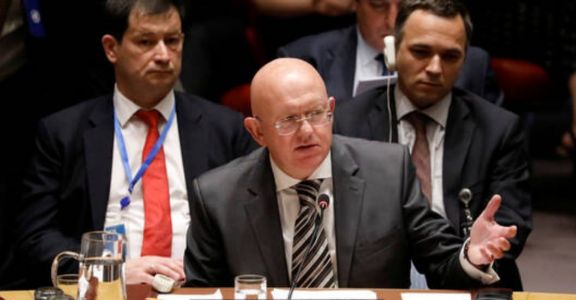 Russia's permanent representative to the United Nations, Vasily Nebenzia, said that his country may consider withdrawing from the Organization for the Prohibition of Chemical Weapons, if the organization continues its policy of bias against certain countries

Nebenzia said in a statement to "Novosti": "Imagine if we withdrew from the Organization for the Prohibition of Chemical Weapons, they would say this is required to be proven, but if (the organization) loses all its credibility and becomes just a place to issue decisions related to unwanted systems, then we are likely to think about it." But we will not take sudden steps ... About leaving the organization, we do not advise others as well. "

Regarding the organization's bias in its positions, Nebenzia referred to the accusations leveled against the Syrian authorities of using chemical weapons, which Moscow and Damascus confirmed that there is no evidence of these accusations.

Nebenzia added that what happened with the former client, Sergey Skripal, and the activist, Alexei Navalny, also comes within the framework of the bias of the organization that did not base its statements on any facts or evidence.

At the same time, the Russian delegate stressed the position of his country, which considers the Organization for the Prohibition of Chemical Weapons an important organization, although it is losing its credibility.

We have 210 guests and no members online