A sharp argument between Mevlut Cavusoglu and his Swedish counterpart, Anne Lind 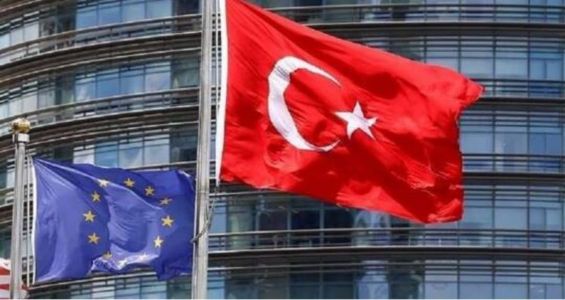 The Turkish foreign minister angrily rejected calls by the European Union to withdraw his country's forces from northeastern Syria, accusing the bloc of double standards and trying to teach Ankara human rights and international law.

At a tense press conference after talks in Ankara, Swedish Foreign Minister Anne Linde repeated calls by the European Union for Turkey to withdraw the forces it sent a year ago to northeastern Syria to pursue Kurdish fighters whom Ankara considers terrorists.

"The strong position of the European Union is still the same ... they continue to urge Turkey to withdraw," said Lind, standing next to her Turkish counterpart Mevlut Cavusoglu.

She added that the European Union also expects constructive steps towards democracy and human rights in Turkey.

Lind also criticized Ankara's decision to resume exploration operations in the eastern Mediterranean, where a dispute is taking place between Turkey and Greece and Cyprus, members of the European Union, over sovereignty over territorial waters.

For his part, Mevlüt Çavuşolu clearly expressed his anger and directed the press conference towards an unexpected direction.

He said, "You are trying to teach a lesson on human rights and international laws by behaving arrogantly and using the word urge."

He pointed out that the European Union does not urge Turkey to withdraw from northwestern Syria because "three million other refugees will come to Turkey and then to European countries."

Then he asked, "Why does Sweden not defend the rights of the Turkish Cypriots?"

In response, Lind said that she, as a "guest," would not be involved in a conflict, adding, "I hope that everyone in Turkey will have an opportunity to express their views as openly as you do, Minister .. Thank you."

Then Cavusoglu turned to her again and said: "In Turkey everyone can express their opinions, but we do not have these double standards."