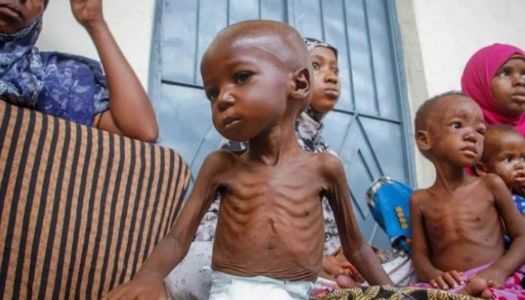 Despite world leaders' pledges never to allow famine to occur in the 21 century, NGOs have estimated that famine kills every four seconds in the world, and more than 200 NGOs have called for decisive international action to "end the escalating hunger crisis in the world."

More than 200 NGOs raised the alarm, after it was estimated that one person died every four seconds in the world, and called on the international community to act to put an end to this dilemma.

"Organizations from 75 countries have signed an open letter expressing their deep outrage at the high levels of hunger, and (made) recommendations for action," the bodies said in a statement, warning that "an appalling 345 million people are currently living in extreme hunger, a figure that has more than doubled since 2019."

The statement added: "Despite the pledges of world leaders to never allow famine to occur in the 21st century, it is more imminent in Somalia. around the world, 50 million people are on the brink of famine in 45 countries ".

While noting estimates that approximately 19,700 people die from hunger every day, the organizations said that it meant that every four seconds a person died from hunger.