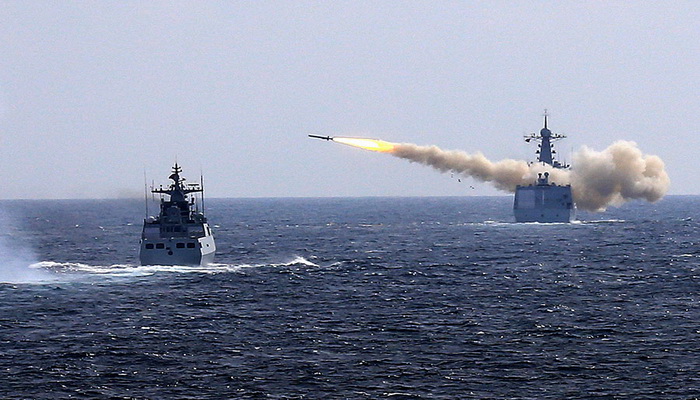 China has effectively launched its military exercises around Taiwan, the largest ever organized around the island that Beijing regards as part of its territory. In response to

Speaker Nancy Pelosi's visit to Taiwan, Beijing considers it a serious provocation and defies a series of increasingly tough warnings and threats from China that have led to heightened tensions between Beijing and Washington.

The Chinese state television channel CCTV announced the launch of military exercises on Taiwan with these words. "The drills have begun."

The manoeuvres to simulate Taiwan's "siege" include "live and long-range artillery shells", and missiles that are supposed to fly over the island for the first time, according to Chinese State media.

It should be noted that these exercises take place at the level of the world's busiest and most important commercial routes, connecting East Asian semiconductor factories and electronic equipment to the world and also used to transport natural gas, as well as to transport supply chains already exhausted by the COVID-19 pandemic and the war on Ukraine.

According to data collected by Bloomberg, during the first seven months of the year, nearly half of the world's cargo ships crossed the Taiwan Strait

As part of the security measures taken, the Chinese Maritime Security Authority has prevented ships from entering the areas concerned.

The Chinese newspaper Global Times, known for its nationalist accent, asserts that the manoeuvres are aimed at demonstrating that the Chinese army is "capable of trapping the entire island".

China may add to the review of its military force, cyberattacks, and trade sanctions have already been introduced. But it's not sure she wants to go any further.

This comes as Taiwan's armed forces confirmed on Thursday that they were "preparing for war without seeking war", at the start of China's military exercises around the island.

The statement of the Ministry of Defence of Taiwan stated that "the Ministry of National Defence confirms that it will abide by the principle of war readiness without pursuing war". The island authorities condemned the training, stressing that it threatened East Asia's security.

Taiwan's military fired a flare shell on Thursday night to remove a drone flying over Kinmen Island, just 10 kilometers from the mainland city of Xiamen. The type or origin of the drone was not specified.

Taiwanese authorities warned that the exercises would disrupt 18 international flights crossing the region.

We have 50 guests and no members online