Iran: Perpetrators of Qassem Soleimani assassination will be prosecuted and comments on Biden's visit to the region and Israeli moves 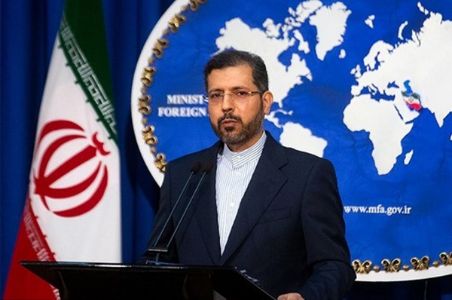 In a press conference, Iranian Foreign Ministry spokesman Saeed Khatibzadeh said that "the perpetrators of the assassination of Quds Force commander General Qassem

Soleimani will be prosecuted inside Iraqi territory, pointing out that" the brothers in the Iraqi judiciary are pursuing the necessary investigations in cooperation with the Iranian judiciary, "according to Tasnim.

Regarding the upcoming visit of US President Joe Biden to the region and news of Israeli movements, Khatibzadeh said that "Iran is waiting to see what happens in the future and the Zionist entity is trying to implement its ominous goals and intentions that are detrimental to the stability and security of the region."

The White House announced in an official statement last week that U.S. President Joe Biden will attend a summit in Saudi Arabia next July that will bring together leaders of the Gulf Cooperation Council, as well as the leaders of Iraq, Jordan and Egypt, at the invitation of Saudi leadership.

The US media described Biden's visit to Saudi Arabia as an American achievement and recognition of Saudi Crown Prince Mohammed bin Salman's success in imposing economic and geopolitical data that led to a decline in the US stance.