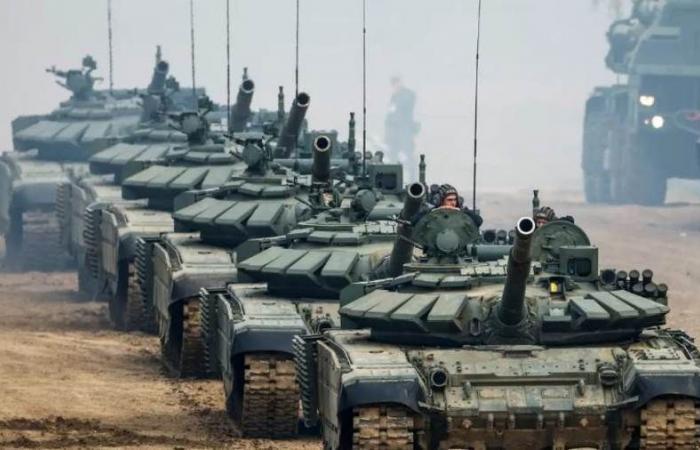 Next week will be "difficult," so Ukrainian President Volodymyr Zelensky said in his evening speech, referring to Russia mobilizing tens of thousands of troops for the next phase of the battle, warning that "Russian forces will move to larger operations in eastern Ukraine."

The Russian army announced last March that it would change its strategy and focus on the "complete liberation" of the Donbass region in eastern Ukraine.

The Russian Deputy Chief of Staff, Sergei Rudskoye, then stated that "the main objectives of the first phase of the operation have been achieved."

"The combat capabilities of Ukrainian forces have been significantly reduced, allowing the bulk of efforts to be focused on the main objective: Free Donbass. "

This announcement was seen by observers and military experts as a sign that Moscow, perhaps unable to achieve a scenario of control over the whole of Ukraine, especially the capital Kiev, and its high cost, would seem to be just achieving its primary objective, which was to start military operations, namely to protect the Russians in eastern Ukraine and to guarantee their rights, particularly in the unilaterally declared republics of Lugansk and Donetsk in the Donbas region.

Days before the start of military operations on 24 February last, Russia recognized the independence of the "two republics," ordering what it described as a peacekeeping operation in the region.

We have 364 guests and no members online