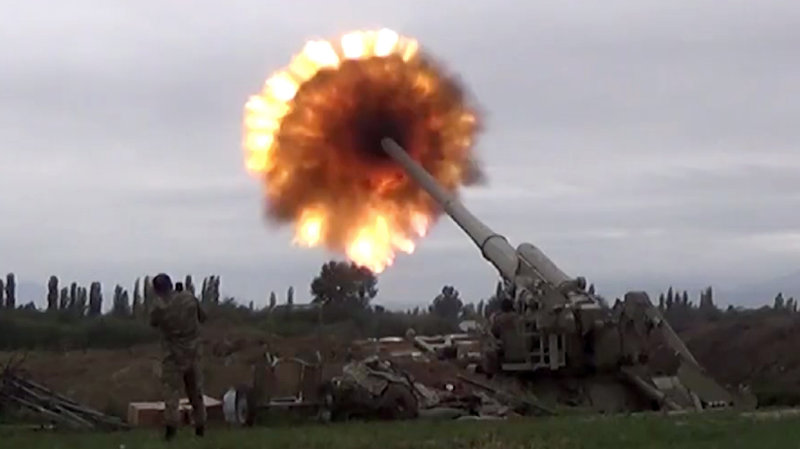 Confirming the use of artillery shells and marching aircraft by the Azerbaijani side, the Armenian Ministry of Defence reported that three of its soldiers had been wounded in an exchange of fire on the border with Azerbaijan.

In a statement, the Ministry said that "units of the Azerbaijani armed forces resumed shelling Armenian positions in the eastern direction of the Armenian-Azerbaijani border using artillery and drones. The Armenian side has taken proportionate action.

In the autumn of 2020, Armenia and Azerbaijan fought a short war, resulting in 6,000 deaths, around the region of Nagorny Qarah Bagh, which had witnessed a bloody war in the 1990s, and the conflict ended with the defeat of Armenia, which had been forced to abandon several areas.

Despite the signing of a ceasefire agreement and the deployment of Russian peacekeepers, tensions between the two former Soviet republics remain strong.

The parties also regularly report outbreaks of violence and casualties in the army.