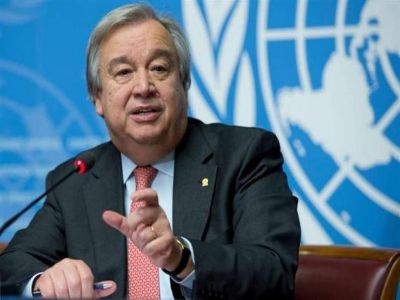 The UAE, Saudi Arabia, the United States and the United Kingdom welcomed the announcement by the United Nations to launch preliminary consultations among all Sudanese parties, including civilians and military personnel, with a view to resolving the crisis in the country.

The Quartet urged all Sudanese political parties to "seize this opportunity to restore the country's transition to civil democracy in line with the 2019 Constitutional Declaration." The Quartet also called for this process to be "results-oriented and for the Sudan to lead towards democratic elections in line with the Sudanese people's clear aspirations for freedom, democracy, peace, justice and prosperity."

The statement by the United Nations Mission in the Sudan (UNMIS) said today that "the Special Representative of the Secretary-General and Head of Mission, in consultation with the Sudanese and the international community, formally launch preliminary consultations for a political process between the Sudanese parties."

The statement explained that "the United Nations is facilitated and aimed at supporting Sudanese stakeholders to conclude an agreement to break out of the current political crisis and agree on a sustainable path to progress towards democracy and peace."