Promoting stability in Qarah Bagh... Putin will have separate meetings with the leaders of Armenia and Azerbaijan in Sochi 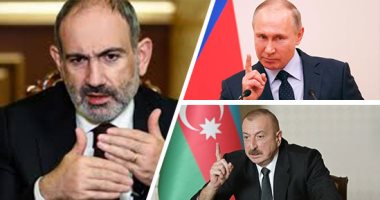 The statement stated that the leaders of the three States would examine in Sochi subsequent steps aimed at promoting stability in the region of Qarah Bagh.

The statement said: "Consideration is to be given to the implementation of what was agreed upon among the leaders of the three States on 9 November 2020 and 11 January 2021, together with the identification of subsequent steps aimed at promoting stability and organizing peaceful life in the region."

The Kremlin added that the talks will focus on issues related to the resumption and development of economic trade relations and transport. "

We have 373 guests and no members online