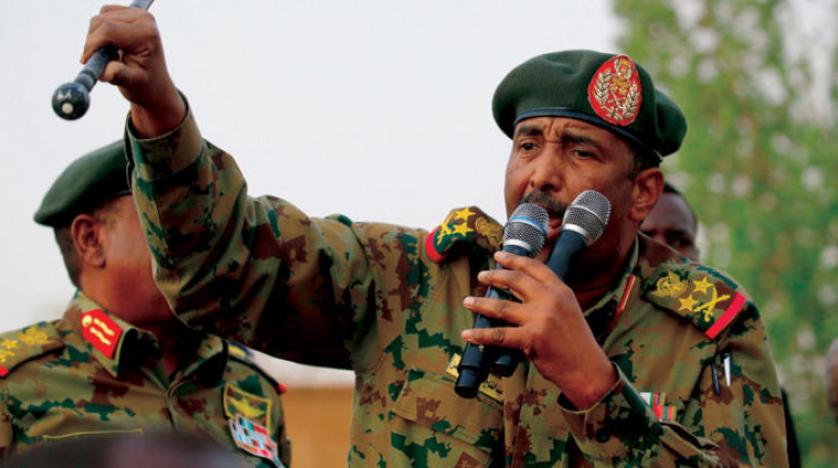 Less than two days after he was detained by military forces and his government was declared dissolved by Army Commander-in-Chief Abdel Fattah al-Burhan, Sudanese media reported that Prime Minister Abdullah Hamduk had returned to his home in the capital, Khartoum.

The President of the Transitional Government, Abdullah Hamduk, was arrested at dawn by a military force from his residence in Khartoum, along with several ministers and members of the Sovereignty Council.

At a press conference in Khartoum earlier today, Sudanese Army Commander Abdel Fattah Al-Burhan said, "The Prime Minister is in my home and is not kidnapped and will return home today or tomorrow as soon as the existing threats are gone."

Hamduk "could not operate freely because he was politically constrained."

There were some ministers and persons whose presence was considered to affect national unity and security.

"A Sovereign Council and a Government will be formed, but with genuine representation from all states, so that a minister from each State will be selected."

The proof reportedly refused to call what happened a coup: "Convictions are predictable because some countries see our movements as a coup d'état, but it's not. We haven't had a coup. We're trying to correct the course of the transition. "

"Internet services will gradually return and the emergency law will be repealed as soon as institutions are formed, adding that State institutions will also be fully structured within 10 days.

Proof was announced on Monday by a series of surprising extraordinary readings, most notably the imposition of a nationwide state of emergency and the dissolution of the Sovereign and Government Councils, in a move described by the country's officials and politicians as a coup d'état.

The reason for the army's action was that "the differences between politicians, ambition and incitement forced us to act, because what the country is going through now threatens the security of the nation."

We have 66 guests and no members online