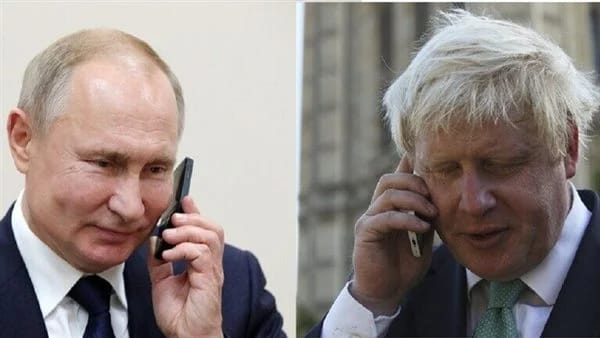 The Kremlin reports that Russian President Vladimir Putin, along with British Prime Minister Boris Johnson, has explored ways to maintain the nuclear deal with Iran.

"Putin and Johnson have examined a number of pressing international issues, chief among them climate problems, and the Afghan issue," the Kremlin said, adding: "Putin Johnson was briefed on the results of the extended tripartite consultations on Afghanistan in Moscow last week."

The Kremlin continued: "The two leaders addressed Russia's efforts to settle the internal Ukrainian conflict with the unconditional implementation of the Minsk Agreements, and agreed that the parties would maintain the necessary contacts on the problems affecting the conduct of the negotiations."

Talks between Iran and the six major powers were halted at the sixth round, just before Iran's presidential election last June, in which Ibrahim major won.

Ali Baqri Kalni, Iran's chief nuclear negotiator, stressed that his country was determined to engage in negotiations that would remove all sanctions against Iran, explaining on his Twitter account: "Iran is determined to engage in negotiations that will remove illegal and cruel sanctions in a full and effective manner, ensure the normalization of trade and economic relations with Iran, and provide a credible guarantee that there will be no further regression."

We have 506 guests and no members online