Erdogan orders the expulsion of 10 ambassadors at once 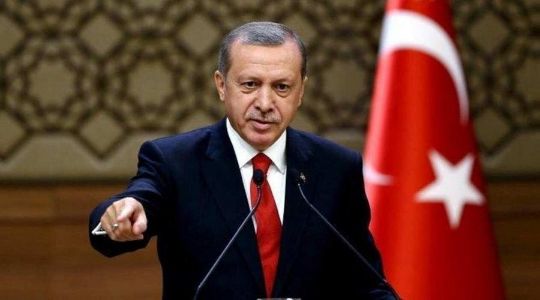 Against the background of the diplomatic term of expulsion from the country, Turkish President Recep Tayyip Erdogan, the Foreign Minister, has ordered that ambassadors from 10 countries, including the American ambassador, be considered undesirable.

Erdogan's decision came against the backdrop of what he said were the intervention of these ambassadors in the case of the prominent civil activist and imprisoned businessman, Osman Kavala.

If completed, it is likely to create a diplomatic crisis between Turkey and the 10 States represented by the ambassadors.

Turkey's official Anatolian News Agency said that Erdogan had instructed the Minister for Foreign Affairs to declare the 10 ambassadors undesirable as soon as possible, in the light of their demand for the release of a businessman accused of involvement in the coup attempt.

Earlier this October, the Turkish Foreign Ministry summoned the ambassadors of ten countries, including the United States, Germany and France, over a statement demanding Kavala's speedy release.

After four years of detention, the ambassadors' statement had called for an urgent and speedy resolution of the Kavala case, especially since the case "cast doubt on respect for democracy."

Kavala is a businessman and one of the symbols of civil society in Turkey and has been suspended since October 2017 and faces life imprisonment if convicted of the charges against him.

The Turkish judiciary accuses Kavala of "attempting to overthrow the regime," referring to his alleged involvement in the failed coup attempt against President Recep Tayyip Erdogan in July 2016, and "political espionage."

The charges against Kavala extend to his alleged role in anti-government protests in 2013, after an appeals court in January overturned his acquittal a year ago in this second case.

It should be noted that Kavala has always denied all charges against him, and human rights NGOs believe that the Government is trying to make him an example of the intimidation of civil society.

We have 342 guests and no members online