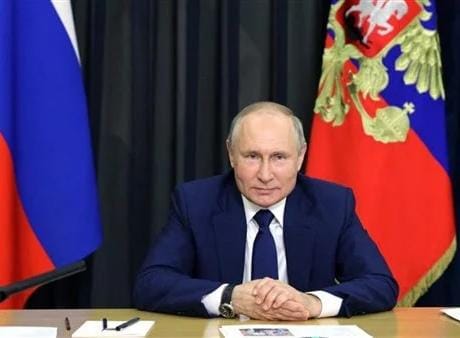 Vladimir Putin, President of Russia, said today that the countries that have fought in Afghanistan for 20 years have a responsibility towards this country.

In his statement, Putin said: "Terrorist groups like ISIS continue to exist in Afghanistan, and there are victims among the Taliban," he said, adding that it is the countries that have fought in Afghanistan for 20 years.

Putin continued: Russia and China will continue to work hard to establish dialogue in Afghanistan and there is a need to remove the freeze on Afghan assets frozen abroad. "

The Russian President explained that values are a unique product of the cultural and historical evolution of each State, and that mutual entanglement expands one's horizons and allows the individual to understand one's traditions differently.

The Russian President concluded by saying: "But this process must be organic and cannot be fast. Attempts to dictate values in uncertain and unpredictable probability conditions further complicate the already acute situation and usually involve a backlash and a reversal of the expected outcome. "

We have 383 guests and no members online