Blinkin: We do not encourage normalization with President Bashar al-Assad 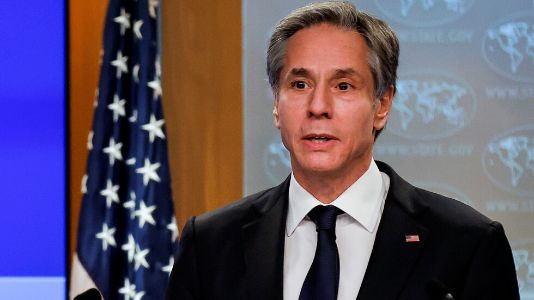 United States Secretary of State Anthony Plinkin, during a joint press conference in Washington with his Israeli counterparts, Yair Lapid and the United Arab Emirates, Abdullah bin Zayed, said: "We cannot allow Syria to be rebuilt until Assad's actions change."

He continued: "We do not encourage normalization with President Bashar Assad."

Plinkin stated that his country was "strengthening the coalition's efforts against ISIS in Syria as well as its commitment to hold the Assad regime accountable on the basis of international law to hold it accountable for crimes, punish its regime and break the ceasefire in Syria."

He said: "We move forward in trying to de-escalate, provide humanitarian assistance and stop all terrorist organizations."

"It is very important that we bring the Syrian file before the Security Council," said Plinken.

We have 472 guests and no members online