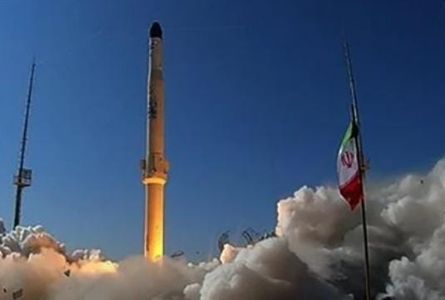 The International Atomic Energy Agency (IAEA) today informed the leadership that the control agreement does not apply to the Iranian Karj Nuclear Assembly Facility, which is

currently being examined in accordance with the sabotage case that it suffered last June, and according to the announcement by Behrooz Kamalondi, a spokesman for the Iranian Atomic Energy Organization.

Iran reportedly allowed IAEA inspectors access to all the required sites in Iran last week except the Karj facility, according to the statement.

The Director-General of IAEA, Rafael Grossi, noted that this was contrary to the 12 September Agreement, which authorizes IAEA to service all surveillance equipment.

Grossi said, "We are aware of the fact that the agreement reached in the form of a joint statement does not contain provisions for the provision of surveillance cameras from the Karj compound, where this facility is still under investigation by the security forces regarding the June sabotage.

Recalls that the joint statement was issued by Iran and the International Atomic Energy Agency (IAEA) earlier this month, when Grossi visited Tehran for negotiations with the head of the Iranian Atomic Energy Organization, Mohammad Islami. The document reflects the willingness of both sides to cooperate and to allow the IAEA to replace memory cards in the Iranian nuclear site control system.

We have 116 guests and no members online