France summons its ambassadors in America and Australia. And it's shocking 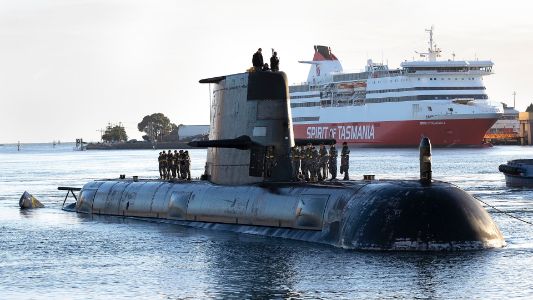 The French authorities today summoned their ambassadors in the United States and Australia to consult after Australia dissolved a deal to buy French submarines.

According to a French foreign source, the decision to summon the two ambassadors came against the backdrop of the American-Australian declaration of a strategic partnership involving Canberra's access to nuclear submarines, stressing that the authorities in Australia must work constructively with France and understand our "disappointment."

France considered that Australia had been "stabbed in the back" and that US President Joe Biden had taken a surprise decision in the manner of former President Donald Trump following the announcement of a strategic partnership between Washington, Canberra and London that led to the dissolution of a massive contract signed in 2016 to purchase French submarines by Australia.

French Foreign Minister Jean-Yves Le Drian said in his statement that "it's really a stab in the back," noting that he is very angry and very bitter, adding that "we have had a relationship of trust with Australia. This trust has been betrayed. "

We have 261 guests and no members online