The European Union... The way France is handled in a submarine crisis is "unacceptable. 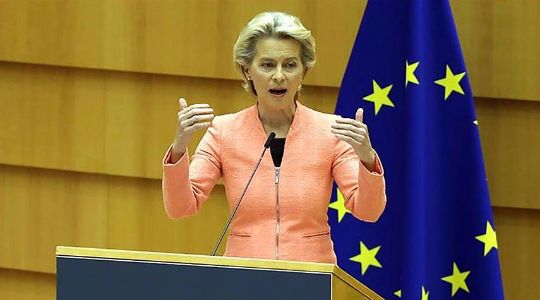 In the context of the submarine crisis between France and Australia, the President of the European Commission, Ursula von der Leyen, considered the way in which France was dealt with on the submarine deal with Australia under the US-Australian-British Security Partnership, "unacceptable."

According to Ursula von der Leyen, "One member of the European Union has been treated in an unacceptable way. We want to know what happened and why."

She added: "Many questions must be answered about the reasons for the collapse of the submarine deal," noting that "the situation must be clarified before business as usual continues."

Last week, Australia reportedly said that it would cancel an order for conventional submarines from France, instead building at least eight nuclear-powered submarines using American and British technology.

Australia's talk followed the announcement of a security partnership with the United States and the United Kingdom, called "Okus."

The French Government was shocked by the deal, which French Foreign Minister Jean-Yves Le Drian described as a "back stab."

In a "very unusual" move between the Allies, France subsequently summoned its ambassadors from Washington and Canberra.