John Bolton: The withdrawal from Afghanistan was an end to us, and Tehran will remain a threat to the world 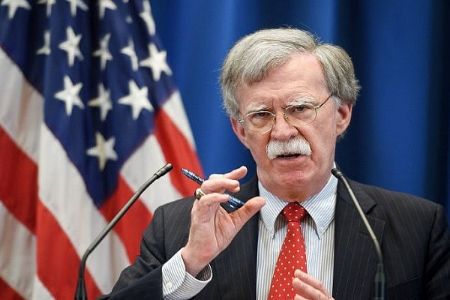 Bolton stated, "The decision to withdraw American and NATO forces from Afghanistan was a major mistake, and I believe that the policy of negotiations with the Taliban was the original mistake that was made. We negotiated with a terrorist group and not with the legitimate Government."

He added: "It was a big mistake of the United States."

He noted that "Now terrorist organizations can use Afghan territory as a refuge to plan additional attacks against America. I didn't agree to negotiations with the Taliban. "

As the former National Security Adviser said: "The nuclear agreement was a mistake of the first, and its revival will give the United States and the rest of the world a false sense of protection and security and that Iran's nuclear program has been contained."

He continued: "I believe that as long as Iran continues to acquire nuclear weapons, which it has been doing for more than 20 years, Tehran will remain a danger to the world."

Bolton recalled: "In international issues, we can deal with this kind of State either by working with them to change their behaviour or by changing the regime."