Tunisia: Introduction of a new draft resolution in the Security Council on closing the renaissance 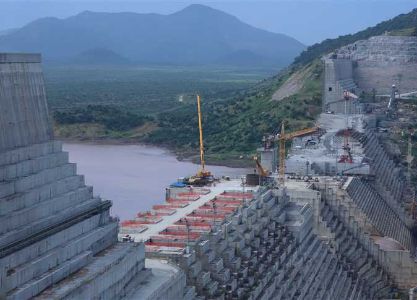 According to a diplomatic source in the Sudan, Tunisia will submit a draft resolution to the United Nations Security Council for the second time on the crisis of the renaissance

dam between Egypt, the Sudan and Ethiopia.

The Sudanese source stated that the Tunisian draft resolution - the Arab member of the Security Council - included the call for a new round of direct negotiation and the need to reach a legally binding agreement among the three States on closing the renaissance.

Last July, Tunisia presented to its 14 partners in the Security Council a draft resolution calling on Ethiopia to stop filling the reservoir of the Ennahda Dam that Ethiopia is building on the Blue Nile River and stirring up a dispute between Ethiopia and the two downstream States.

The draft resolution called on the three States to refrain from any declaration or action likely to jeopardize the negotiation process, "and called on Ethiopia to refrain from continuing unilaterally to fill the reservoir of the Renaissance Dam.

In another context, Ethiopia has announced that it is preparing to begin generating electricity from the Renaissance Dam within the next few months.