Sudan: Ethiopia violates the principles of good-neighbourliness and waves of recourse to the Human Rights Council because of Ethiopia's actions on the Nahda Dam 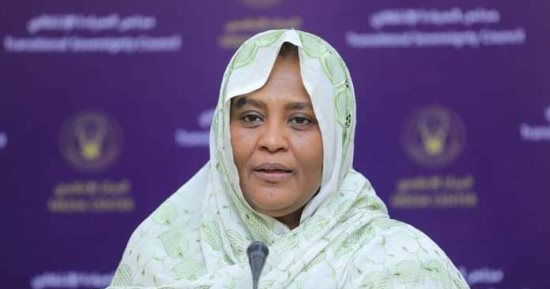 instructions to the three States to resume negotiations in good faith and to agree as quickly as possible. We now have 122 months of fruitless negotiations, a direct threat to the security of the Sudanese and Egyptians. We therefore expect the United Nations to demonstrate its responsibility and lead us to conclude a legal agreement in a short period of time. Six months more than enough. "

The Sudanese Minister for Foreign Affairs, Maryam Sadiq Al-Mahdi, declared that her country was "studying the possibility of going to the United Nations Human Rights Council because of Ethiopia's actions on the dam of Al-Nahda."

"The Sudan resorts to all legitimate means and tools, including judicial proceedings. We have a whole team working on this. We have the possibility of going to the United Nations Human Rights Council. Experts are now working on this possibility, and they will decide and announce exactly what we can do. "

She hoped that the United Nations Security Council would demonstrate its responsibility for resolving the "Nahda Dam" problem and lead the three States (Egypt, Ethiopia and the Sudan) to conclude a binding legal agreement in a short period of time.

In response to a question about what resolution the United Nations expects, the Sudanese Minister said, "Of course, we explain to the United Nations, especially the Security Council, as a body responsible for peace and security, how Ethiopia's unilateral actions threaten peace and security in the Sudan. Because the Ethiopian is firmly in breach of international law. "