Spokesperson for the European Commission. We monitor the issue of the Nehda Dam closely and renew the invitation to engage in constructive negotiations. 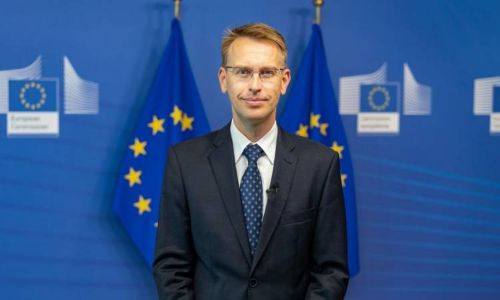 Following the discussion of the issue in the Security Council and in the absence of agreement between the three parties, the European Union, ready to engage further in the cause of the Nahda dam should all parties to the crisis wish to do so, reiterated its call on Egypt, the Sudan and Ethiopia to engage in constructive negotiations.

European Commission spokesperson Peter Stanow, during a briefing, said: "We observe the issue of closing the renaissance closely, which is one of our priorities, and renew the call for the participation of all parties in constructive negotiations."

The European Union supports the efforts of the African Union to find a solution to the crisis, and "we are ready to increase our role and become more involved if all parties so wish."

Yesterday, the European Union's High Representative for Foreign Affairs and Policy, Josep Burrell, said that the Union "calls for dialogue and political understanding in the cause of the Nahda dam and understands the concern of Egypt and the Sudan."

Burrell emphasized that "the crisis of the Nahda dam is not on the agenda of the meeting of European Ministers for Foreign Affairs, but will be discussed when talking about the Ethiopian region of Tigray."

It should be recalled that during his meeting with the Foreign Ministers of the European Union in Brussels, the Egyptian Minister for Foreign Affairs forgave Shoukry, who presented the results of the recent meeting of the Security Council, expressing Egypt's appreciation for the recent statement by the European Union, in which he criticized Ethiopia's declaration to begin the second filling of the dam without reaching an agreement with my downstream State, while stressing his demand for a road map for a just and binding time. "

We have 198 guests and no members online