Macron for Erdogan: We reject the political exploitation of religion and renew his desire for strategic clarification among allies In NATO 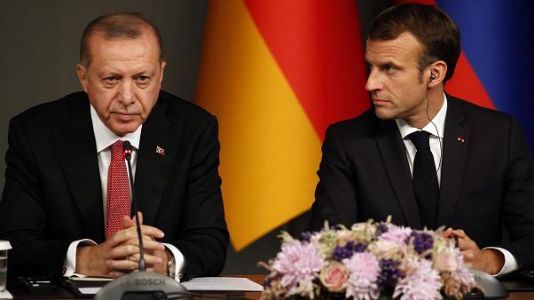 During his meeting with his Turkish counterpart Recep Tayyip Erdogan, French President Emmanuel Macron said that France rejects the political exploitation of religions.

According to the Elysée, the meeting between the Presidents lasted longer than expected, adding that Macron and Erdogan were keen to "discuss all matters in depth."

The source explained that Macron renewed his desire for strategic clarification among allies on values, principles and norms within NATO.

He continued: "The views on Islam have also been clarified and it has been stressed that France rejects the political use of religions."

The Ilizeh concluded by saying that the presidents had agreed to "continue working later on the files of Syria and Libya."

Macron reportedly met with Bardogan during the NATO summit in Brussels.

Turkish-French relations have experienced a crisis since the beginning of 2020 that has evolved into a war of words, since the outbreak of the Eastern Mediterranean gas mining crisis.

Later, United States President Joe Biden is expected to meet Bardogan at a meeting that will be their first as Presidents.