The new Israeli Foreign Minister "The Republicans are important to us, but they're not alone." 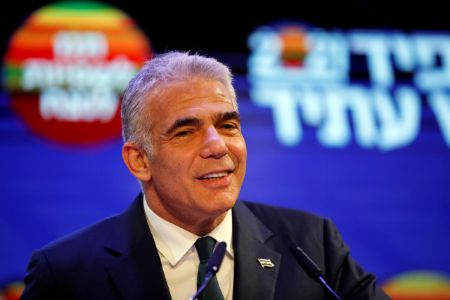 The new Israeli Foreign Minister, Yair Lapid, called for a change in the way Tel Aviv deals with US Democrats.

In an address to Israeli diplomats, Lapid said: "Republicans are important to us, but they're not alone."

"These democrats are angry," he continued, adding to what he described as former Prime Minister Benjamin Netanyahu's abandonment.

The Israeli parliament (Knesset) voted on Sunday evening in favour of granting confidence to the new Israeli Government headed by Naftali Bennett, in which Lapid assumed the Ministry of Foreign Affairs.

Following the Parliament's decision, United States President Joe Biden congratulated Bennett and Lapid and said that he looked forward to strengthening the "close and lasting" relationship between the two countries.

In his address to Parliament yesterday Sunday, Bennett informed the United States President that he would proceed with Netanyahu's approach in opposing the return of the United States to the 2015 nuclear agreement between Iran and world powers, from which the administration of former President Donald Trump withdrew.

We have 245 guests and no members online