Iran's representative to the Atomic Energy Agency:We don't see an American determination to lift the sanctions against Tehran. 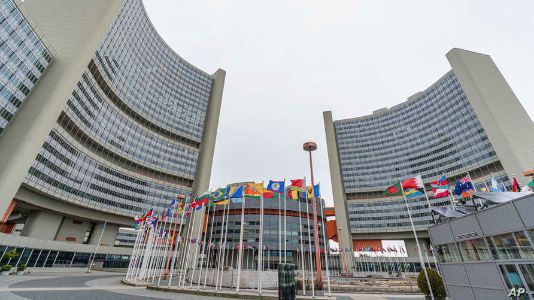 I note that Iran is not expected to continue to fulfil its nuclear obligations under the nuclear agreement under unilateral sanctions. Kasem Ghraib Abadi, Permanent Representative of Iran to the International Atomic Energy Agency (IAEA), stressed that his country had no American determination to lift sanctions against Tehran.

"We don't see an American design to lift sanctions... I would like to say that Iran is not expected to continue to fulfil its nuclear obligations under the nuclear agreement, under unilateral and repressive sanctions. "

He added: "Our actions are fully in line with the provisions of the Nuclear Agreement and our rights, and are in response to the violation of the obligations of the United States, the European Union and the three European States of the Agreement."

The Permanent Representative of Iran to the International Atomic Energy Agency (IAEA), Abadi, also stressed earlier that the statements made by the Director General of the IAEA, Rafael Grossi, in which he expressed concern about the progress of uranium enrichment in Iranian locations, showed his biased approach against Iran.

The Director General of the International Atomic Energy Agency (IAEA), Rafael Grossi, said that there was progress in the ongoing negotiations in Vienna on the revival of the nuclear agreement between Iran and Western Powers, explaining that "the Agency does not participate directly in the negotiations but provides ongoing advice."

Referring to the talks on extending the work of IAEA inspectors in Iran, Grossi noted that they are "very difficult and complex," following a month - long extension of IAEA inspectors to the middle of June. Grossi confirmed that the Agency had expressed to Iran its "concern" about the progress of uranium enrichment at Iranian sites, and asked Tehran for explanations.