The German asked Putin... During the summit meeting with Biden. 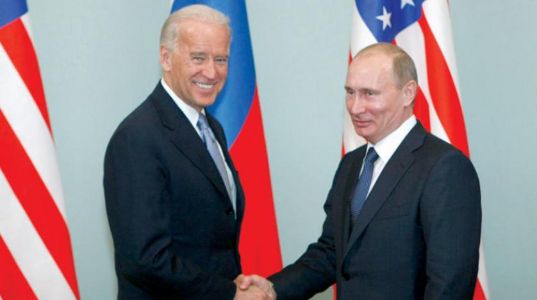 During the summit of Presidents Vladimir Putin and Joe Biden in Geneva. The authorities of the Federal Republic of Germany have indicated their desire for Russia and the United States to discuss the issue of disarmament.

The head of the German Foreign Ministry, Heiko Maas, also said in response to questions from German parliamentarians in the Bundestag: "If the Putin and Biden summits were to be talked about, we would like the subject of disarmament to be placed on the agenda."

In response to a question about when United States nuclear weapons would be disposed of on its territory, Maas noted that "this will not happen during the current legislative period."

The Russian-American summit is scheduled for June 16 in the Swiss city of Geneva. Earlier, White House spokeswoman Jane Sackey said that Biden would discuss strategic stability and Belarus and Ukraine during the meeting with Putin.

We have 183 guests and no members online