"Even after returning to comply with the terms of the Nuclear Agreement, hundreds of sanctions will remain" against Iran. 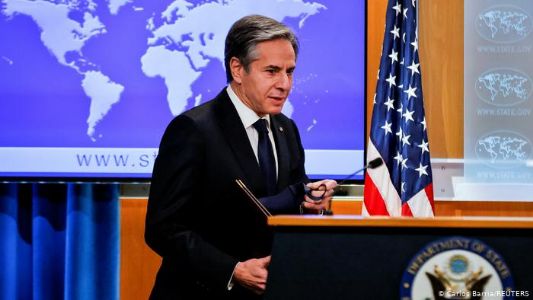 US Secretary of State Anthony Plinkin said on Tuesday that hundreds of US sanctions against Iran, including those imposed by the previous administration under Donald Trump, may continue even if the nuclear agreement is reinstated.

During a United States Senate hearing, Plinkin said: "We are engaged in indirect discussions with Iran about a bilateral return to compliance with the nuclear agreement, and we will see if Iran's desire to comply is reflected."

The US Secretary of State predicted that "even after returning to compliance, hundreds of sanctions will remain," noting that some of those that remain have been imposed by the Trump administration.

Yesterday, United States Secretary of State Anthony Plinkin noted that, after several rounds of indirect talks in Vienna, the United States was wondering whether Iran was willing or able to take steps to return to the Joint Comprehensive Plan of Action on its nuclear programme.

Plinkin said that if Iran continued to "violate" the agreement, the "breakthrough time" it needed to accumulate enough fissile material to produce a single nuclear weapon would be reduced to weeks.

We have 73 guests and no members online