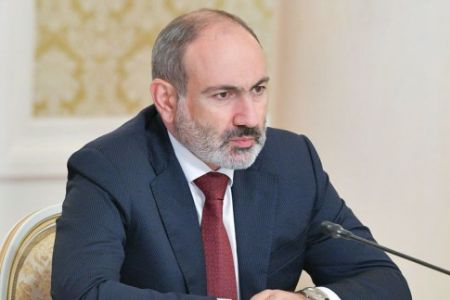 According to Russian news agencies quoted by Armenian Prime Minister Nikol Pashinyan, "the Russian military has established two new military sites in southern Armenia near the border with Azerbaijan" as an additional security guarantee "after last year's conflict."

Azerbaijan and Armenian ethnic forces fought a six-week war over "Nagorno-Karabakh" and surrounding areas last year until the conflict was halted by a Russian-brokered agreement in November, resulting in regional gains for Azerbaijan and the stabilization of the Russian peacekeeping presence in the conflict zone.

Pashinyan is quoted as saying: "In an address to the Armenian Parliament, two strongholds of the Russian military base No. 102 were erected in the Seunik region." The region is crammed between Azerbaijan and the Islamic Republic of Iran.

The Prime Minister was quoted as saying: "This is an additional security guarantee not only for the region of Syunik but for Armenia."

For his part, the Armenian Defense Minister announced in February: "Yerevan sought to expand the Russian military unit stationed in Kyumri in the northwest of the country and deploy some Russian troops near Azerbaijan."

Russia is a close ally of Armenia, a poor former Soviet republic of less than 3 million people, with a military base in the north-west of the country.

We have 232 guests and no members online