Turkey needs Egypt. Turkish letter to Egypt prior to her delegation's visit to Cairo 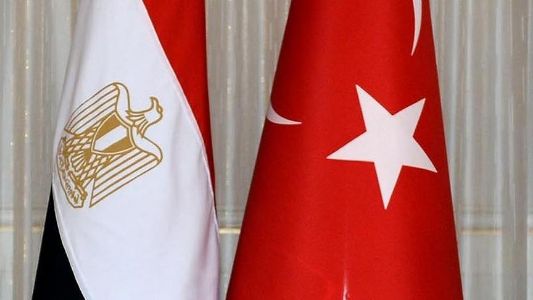 Turkey sent a letter to Egypt, just before his delegation's official visit to Cairo this week.

The Turkish Minister of Trade, Mehmet Mush, was quoted in detail in his letter to Egypt, in which he said: Turkey currently needs Egypt.

"Turkey wants to improve its economic relations with Egypt, and we are working to reform diplomatic relations between two regional forces that are absolutely insignificant."

Turkey has recently been improving its relations with Egypt and several Arab and Gulf countries, after strained relations since 2013, following the revolution of June 30 and the overthrow of the Muslim Brotherhood from Egypt.

Ankara is to send an official delegation, led by Deputy Foreign Minister Sadat Ünal, to Cairo this week to discuss normalization of relations between the two countries.

"A meeting will be held at the level of Deputy Ministers for Foreign Affairs of Turkey and Egypt in the first week of May next," Ceaușoğlu said.

The Ministers for Foreign Affairs of Turkey and Egypt spoke in telephone, in their first direct contact since Turkey began its efforts to improve tense relations between the two countries, adding that the Ministers had exchanged congratulations on the near Ramadan, but did not mention further details.