North Korea: The United States will face a crisis that will worsen if Cold War policies are pursued against us. 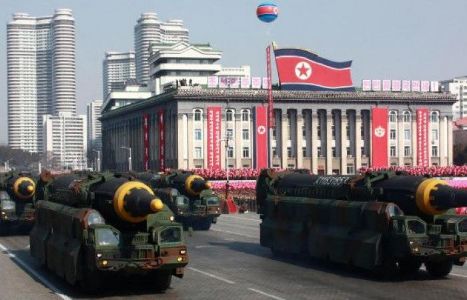 The North Korean government promised the United States would be "hurt" should the administration of US President Joe Biden provoke Pyongyang, warning it against Cold War policies.

In a statement published by the country's official Korean Central News Agency, the North Korean Foreign Ministry said that Biden's word, in which he called North Korea a "serious threat," and his team's comments on its human rights issue were "intolerable," considering that conversations about diplomacy were only a means of covering up the intention to "continue hostile politics."

The Ministry noted that "the United States would face a crisis that would worsen if it pursued Cold War policies" towards North Korea, stressing: "The United States must understand that it will be harmed if it is to provoke us."

The White House announced that the Biden administration had completed its review of U.S. policies towards North Korea, explaining that the President had settled on a new approach based on "realistic diplomacy" to pressure Pyongyang into abandoning its nuclear weapons and ballistic missiles.

We have 203 guests and no members online