In Austin's first landmark speech, "The way we fight the next major war is going to be very different from what we did before." 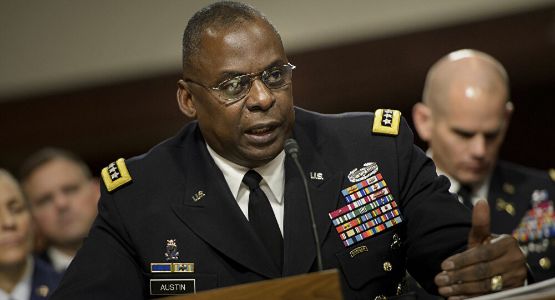 United States Secretary of Defense Lloyd Austin considered that the United States should prepare for a potential future conflict that is not like "old wars."

That assessment came in Austin's first landmark speech on Pentagon policy during Joe Biden's presidency, scheduled for Friday in the United States Islands of Hawaii, where U.S. Forces Headquarters is in the Pacific.

According to the available text, Austin's speech calls for the utilization of technological progress and better integration of military operations around the world, and "for faster understanding, faster decision-making and faster action."

Austin's speech read: "The way we fight the next major war will be quite different from what we did during the last wars."

Austin, who held a number of high-ranking leadership positions in the United States Army, acknowledged that for much of the last 20 years, he had been "fighting the last of the old wars," and "taking lessons he would never forget."

In his speech, Austin says: "We cannot predict the future. And what we need is the right combination of technology and the doctrines of processes and capabilities, and everything is tangled together, so that it's so reliable, flexible and massive that it invites the opponent to think again. "

He stressed that avoiding conflict would mean "providing us with preferences and putting dilemmas before them."

The text did not mention any specific adversaries or steps, nor did it contain expectations of any specific conflict, but rather set out a broad vision for the new Pentagon leadership of the objectives to be pursued during Biden's presidency.