White House: High-level and ongoing talks on a possible summit between Biden and Putin 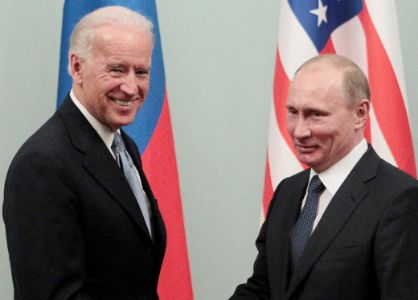 The White House has reported "ongoing high - level talks" on a possible summit between President Joe Biden and his Russian counterpart Vladimir Putin.

The White House explained in a statement that "President Biden sees an opportunity to hold talks with Russia on issues including nuclear proliferation and the Iran dossier."

Earlier, the Kremlin had announced that the final decision on how to respond to the United States proposal for a summit between Russian Presidents Vladimir Putin and American Joe Biden belonged to the Russian leader.

The spokesman for the Russian presidency, Dmitry Peskov, pointed out that the initiative to hold a meeting between the two Presidents in a third State, which had been heard by Biden during his last contact with Putin on Tuesday, largely matched the proposal put forward by the Russian President earlier.

Peskov continued that the analysis of the new American initiative would take "some time," adding that Russia would announce its response to the proposal in accordance with the decision of its President.