US intelligence: Russia "will continue its destabilizing efforts against Ukraine" and does not want a direct dispute 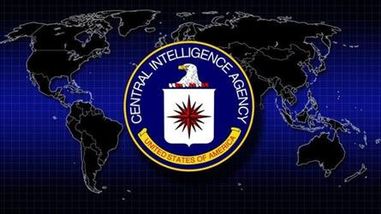 In its annual report on threats to the United States in the world, the US intelligence services considered Russia "does not want a direct dispute" with Washington, although it "will continue its efforts to destabilize Ukraine."

"Moscow will continue to adopt different tactics this year," as it seeks to reduce US influence, forge new partnerships and sow discord in the Western camp, "a report by the US Intelligence Department published amid mounting tension between Russia and Ukraine states.

US intelligence considered Moscow to be "in a position to strengthen its role in the Caucasus and to intervene in Belarus if it considers it necessary, and to continue its efforts to destabilize Ukraine as negotiations take place and limited confrontations continue."

"We expect Moscow to seek opportunities for pragmatic cooperation with Washington, on its terms, and consider that Russia does not want to engage in a direct conflict with American forces," US Intelligence adds in its 27 page report.

US President Joe Biden has proposed to his Russian counterpart Vladimir Putin to hold a "third country" summit in the "coming months" in order to "build a stable relationship" with Russia.

During telephone conversations with Putin, Biden expressed "concern about the sudden build-up of Russian forces in occupied Crimea and at the Ukrainian border," calling on Moscow to "reduce tensions."