Turkey... Cyprus, Greece and Israel must: He took my permission first. 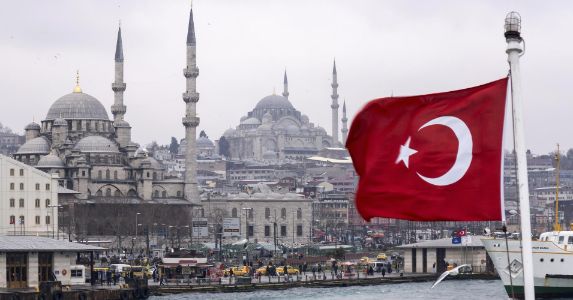 Ankara sent notes of protest to Greece, Israel and the European Union regarding the need to obtain permission for activities affecting its continental shelf in the eastern

Mediterranean. Against the background of the passage of the supposed route of sea cable in the Israel-Greece-Cyprus electricity grid project from the continental shelf of eastern Mediterranean Turkey, according to Turkish diplomatic sources

Sources pointed to the signing by Israel, Greece and Cyprus, on 8 March, of a memorandum of understanding to implement, with the support of the European Union, the project to connect the electricity networks of the three States through sea cables.

The project runs from the city of Hadera, Israel, by sea, to Cyprus, but also across the sea, to the island of Crete, Greece.

Turkish diplomatic sources indicated that protest notes had been sent to the embassies of Israel, Greece and the European Union Mission to Ankara in this regard.

Sources indicated that the route of the sea cable between the islands of Cyprus and Crete passes through the continental shelf of Turkey, according to maps contained in the project documents.

The sources confirmed that the parties concerned should obtain the authorization of Ankara for activities affecting its continental shelf, in the event that the extension of cables passing through it would require a preliminary study in accordance with international law, or that Turkey would be informed reasonably earlier about those activities and their scope in the event that a preliminary study was not required.